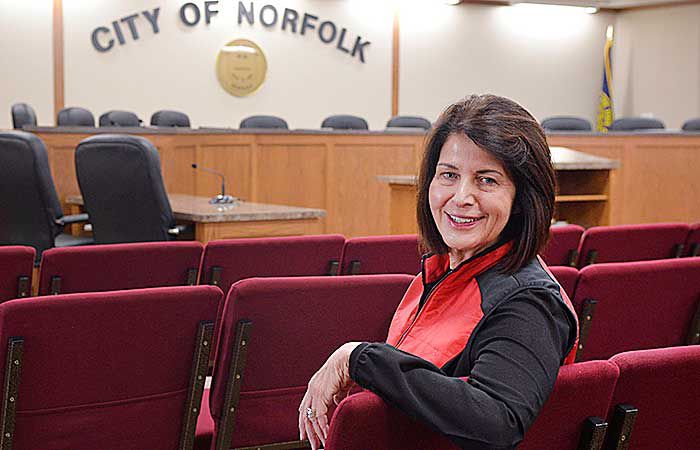 The team at Daycos enthusiastically congratulates our company president, Sue Fuchtman, for being selected as the 2016 Norfolk Area Person of the Year. Fuchtman, who served as Norfolk’s first female mayor from 2008 to 2016, said she was humbled by the unexpected honor. “This in itself is truly very humbling, but to have been able to be mayor of this community is even more so,” Fuchtman said.

As mayor, Sue leveraged her natural talent for bringing people together by listening to their challenges, seeking solutions, and building teams to effect change. Sue devoted countless hours in our community while maintaining her leadership position at Daycos and on the board of AMSA and other industry leadership associations.

Fuchtman is a lifelong resident of Norfolk and has deep roots in the city — her uncle founded Prenger’s Restaurant and her father worked there. She graduated from Norfolk Catholic in 1970 and married her husband, Glen, the following year. They have four children.